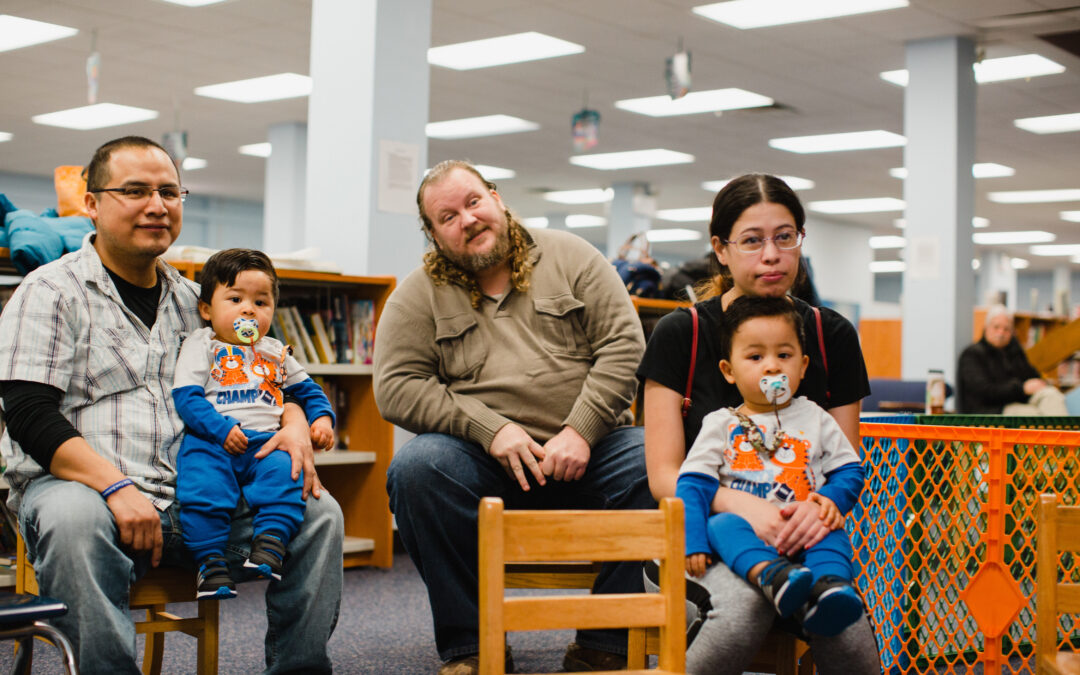 The John Buck Company made the formal announcement of VOCEL’s award at the 2019 Spring Fling Kickoff event held on February 28th. The Spring Fling 2019 gala event, the season’s greatest happy hour, will be held on Thursday, June 13th outside of the Merchandise Mart.

“Some children have the odds stacked against them, when it comes to their early education, and the families we serve often face extraordinary circumstances,” says Kelly Lambrinatos, executive director and co-founder of VOCEL. “Thanks to this generous gift and ongoing support from The John Buck Company Foundation, VOCEL is able to uncover new approaches to shift this trajectory. We are committed to making a profound difference in the lives of young children and families in Chicago.”

VOCEL’s impact began in 2014 with one classroom in Austin, one of Chicago’s most underserved communities. During its three-year pilot, VOCEL’s preschool program generated exceptional results and provided a real-life incubator to test new educational concepts and methodologies. VOCEL’s preschool program demonstrated unequivocal impact, with 94% of children meeting/exceeding age-appropriately developmental milestones by the end of the program. Driven by these results and guided by brain development research, parent input, and teacher insight, VOCEL expanded, founding the VOCEL Child Parent Academy, a 10-month early learning accelerator for both children and their parents in 2016. In 2018, VOCEL, recognizing the value of two-generational programming and responding to the shifting early landscape, decided to focus exclusively on this model and began expansion of the Child Parent Academy now present in eight Chicago Communities.

“Building is about more than bricks and mortar; it’s about elevating the quality of life in the communities and neighborhoods in our city,” says John Buck, founder and CEO of The John Buck Company. “We applaud VOCEL and are eager to support its extraordinary mission of using language to instill confidence and connect children to the world around them. We’re honored to be able to help.”

Founded to bring exemplary education opportunities to underserved communities in Chicago, VOCEL reconceptualizes early learning during children’s most formative years (0–3 years) through innovative, two-generational programming. VOCEL’s Child Parent Academy is a scalable preschool-readiness and parent support program that builds key social-emotional and language skills in children and equips parents to be effective teachers. Through VOCEL’s program young children and their parents learn side-by-side fostering social connections and capital among a community of peers. VOCEL’s focus on continuous, strategic innovation ensures that children build a foundation for future academic learning while empowering their parents/caregivers with key child development knowledge to help their children succeed. Given the community need, VOCEL aims to scale its program and to impact over 800 families in the next three years.

This website uses cookies to improve your experience while you navigate through the website. Out of these cookies, the cookies that are categorized as necessary are stored on your browser as they are essential for the working of basic functionalities of the website. We also use third-party cookies that help us analyze and understand how you use this website. These cookies will be stored in your browser only with your consent. You also have the option to opt-out of these cookies. But opting out of some of these cookies may have an effect on your browsing experience.
Necessary Always Enabled
Necessary cookies are absolutely essential for the website to function properly. This category only includes cookies that ensures basic functionalities and security features of the website. These cookies do not store any personal information.
Non-necessary
Any cookies that may not be particularly necessary for the website to function and is used specifically to collect user personal data via analytics, ads, other embedded contents are termed as non-necessary cookies. It is mandatory to procure user consent prior to running these cookies on your website.
SAVE & ACCEPT